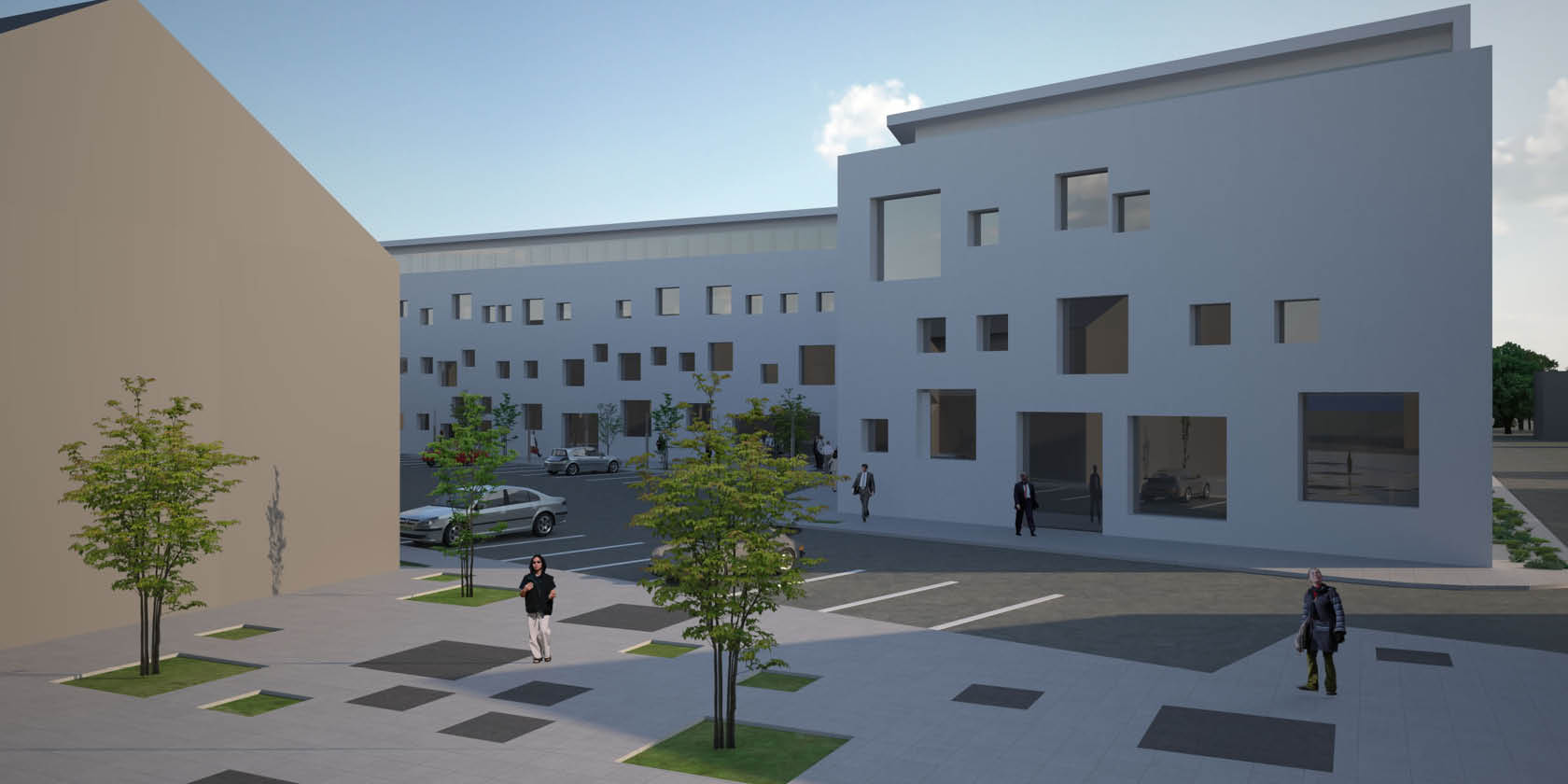 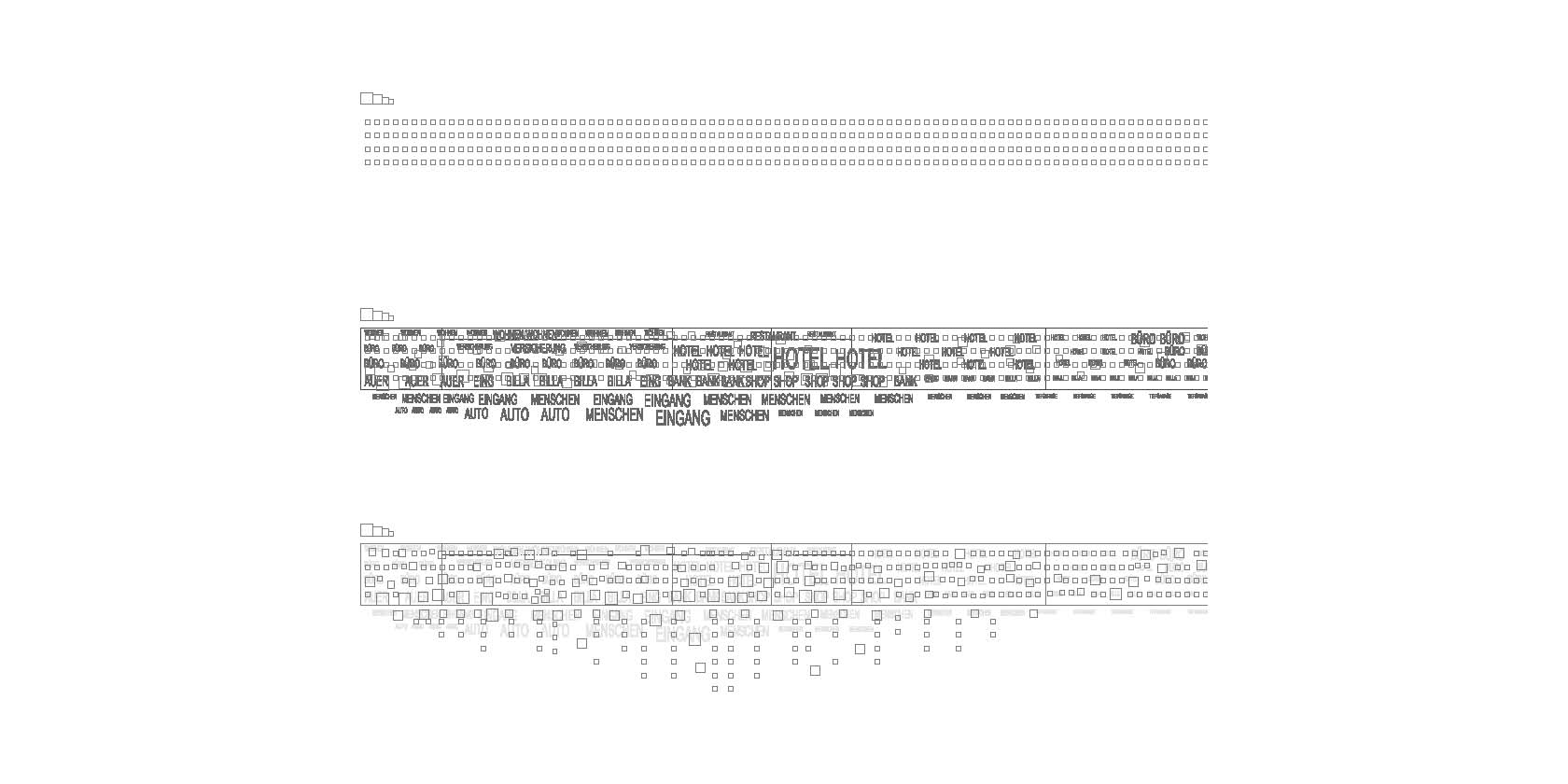 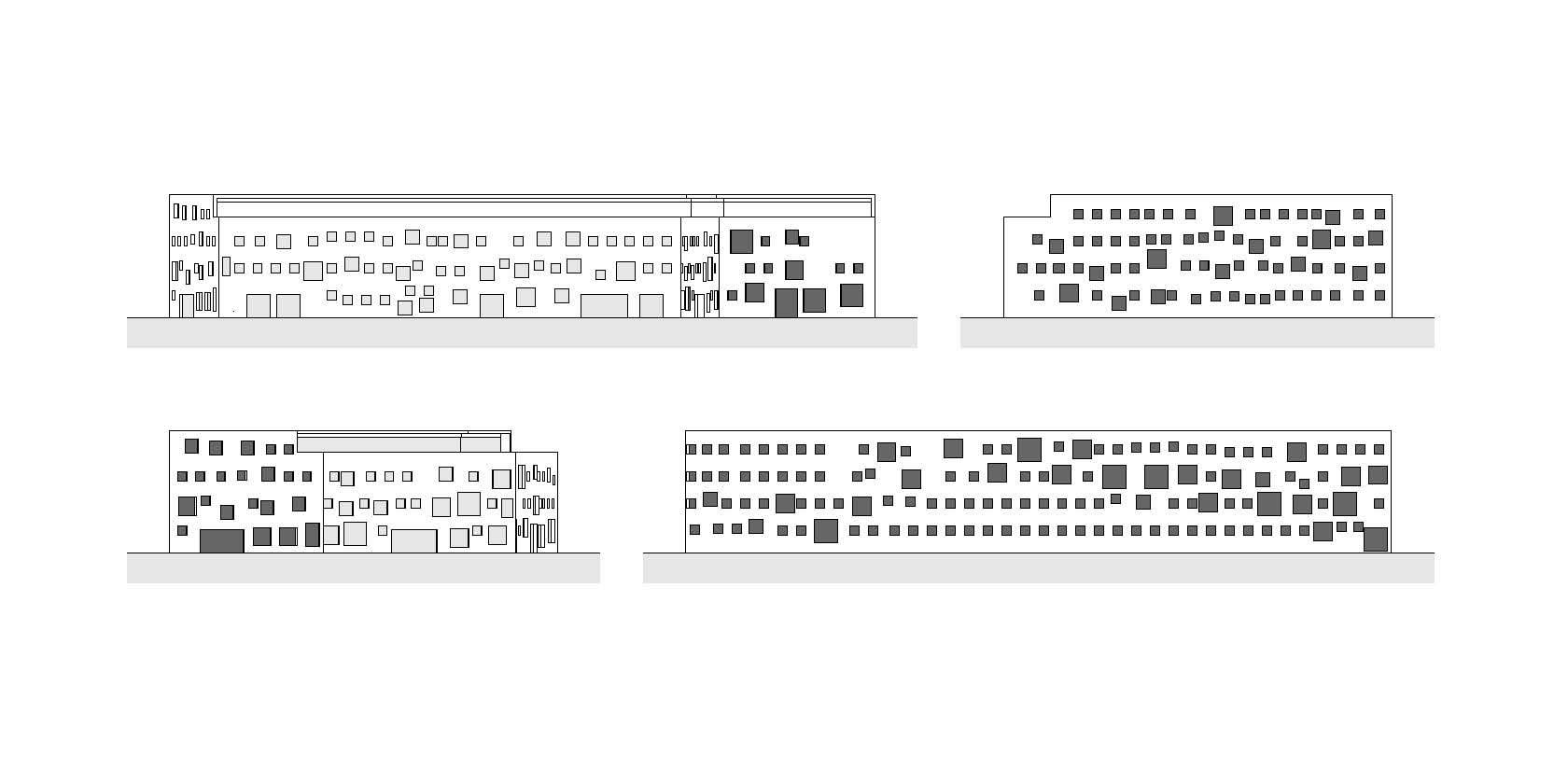 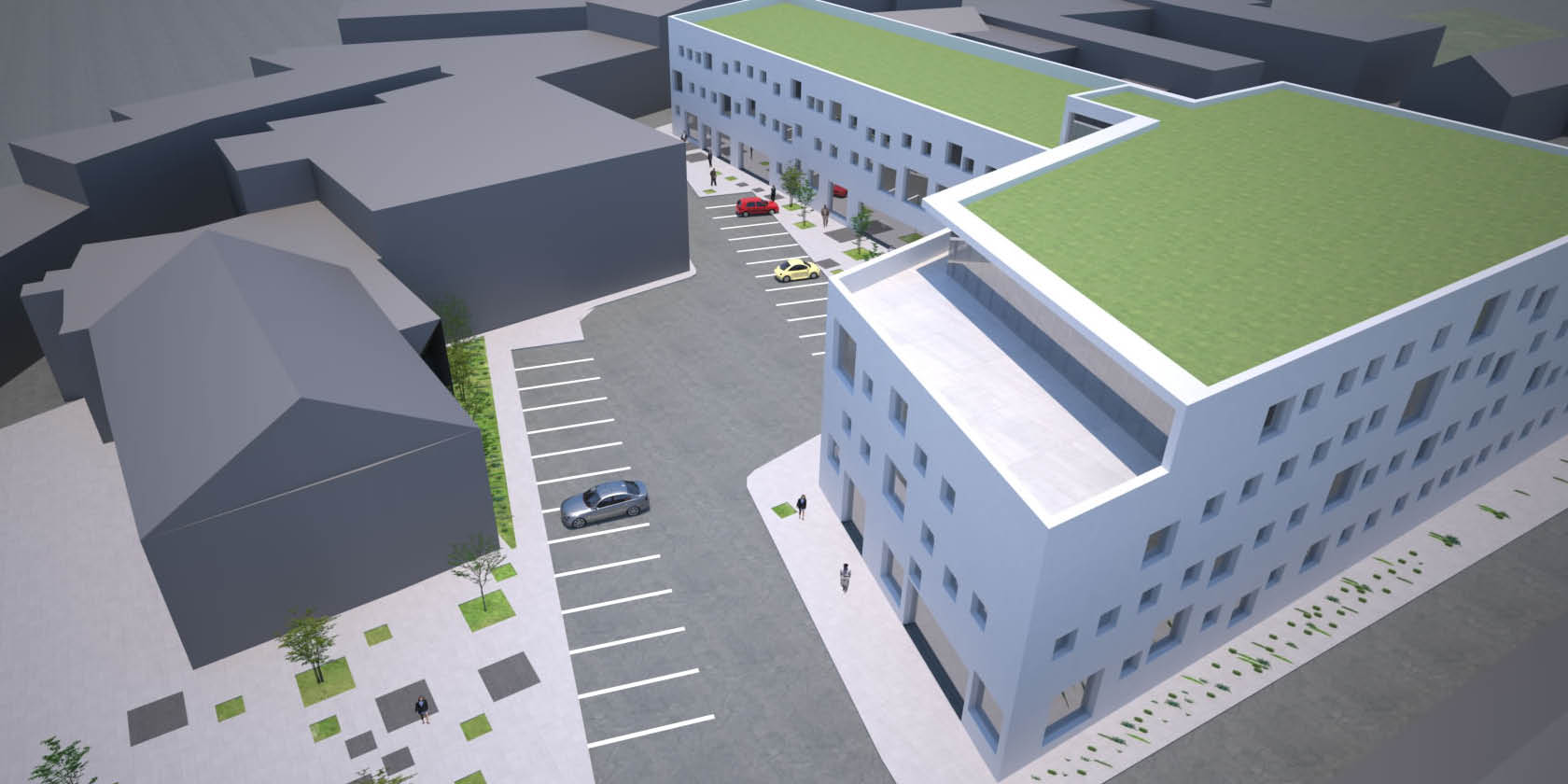 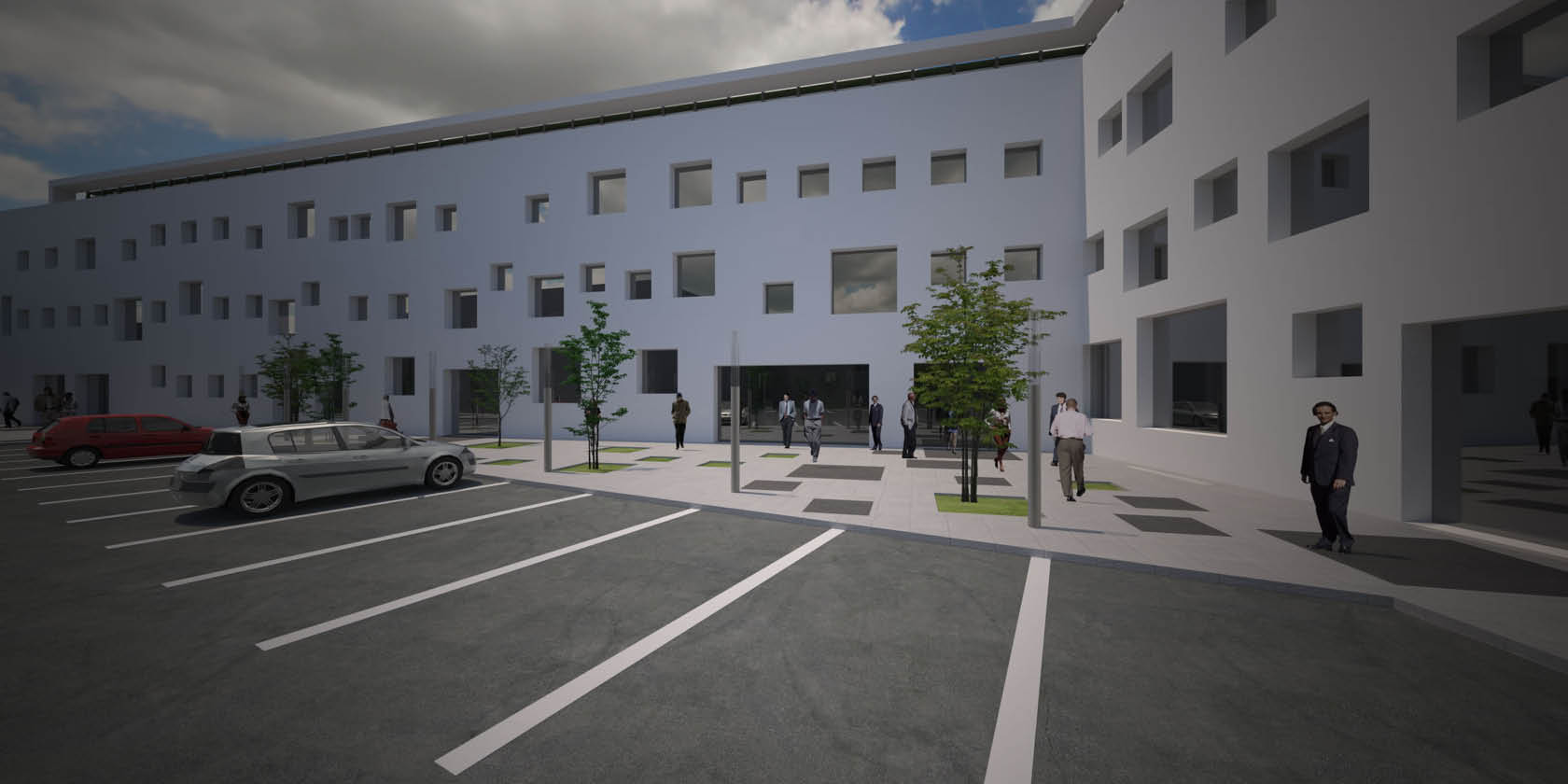 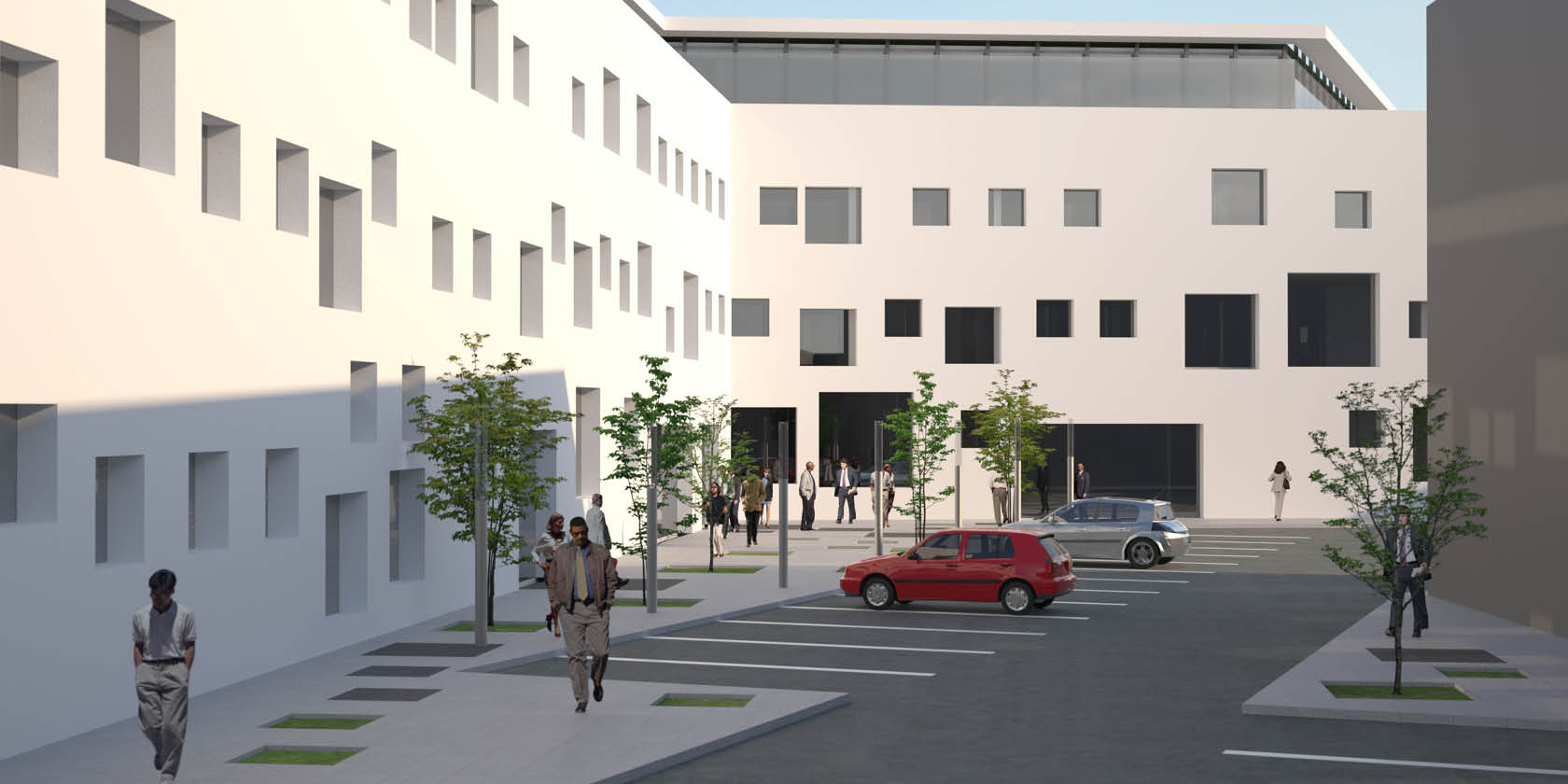 Situated in the centre of Deutschlandsberg, the design should display an animated structure through its variety of usage possibility. The building should develop to an elementary component of this city centre.
To store the desired living and commercial areas, the choice was an L formed structure which gets one of its ending until the new square. Further the inclination of the front of the building should avoid a closed courtyard feeling and make possibel a flowing traffic circulation.
The formal design of the building can be traced back to the concept of an optimised window raster of the behind reclined functions. With the use of only four window dimensions this consideration is overlaid to the facade. The thereby formed pattern is pulled over the whole building and is continued on the square design.
So it becomes an architectonic ambitious building and new icon of the centre of Deutschlandsberg. 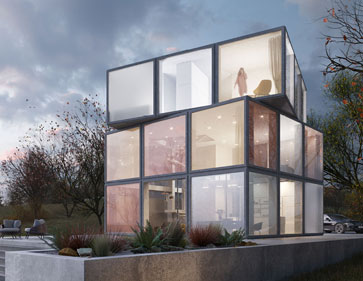 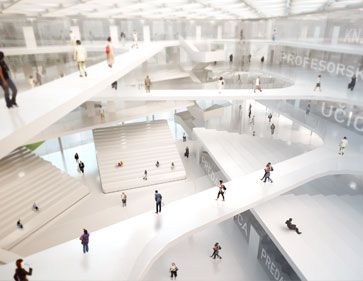 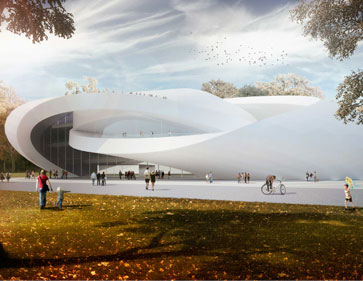 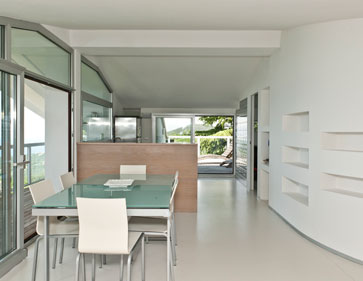 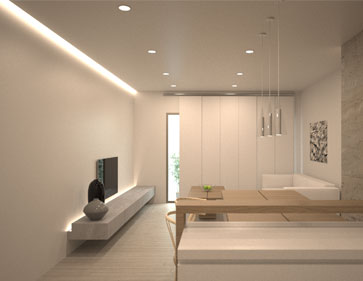 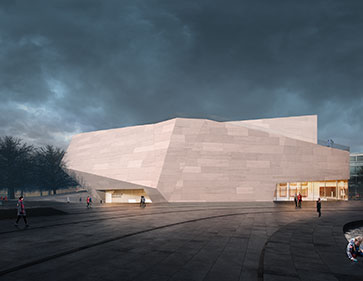 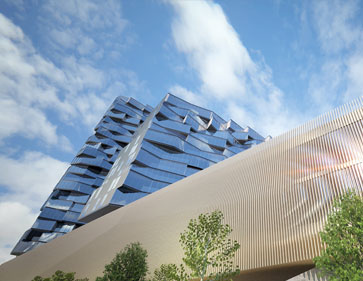 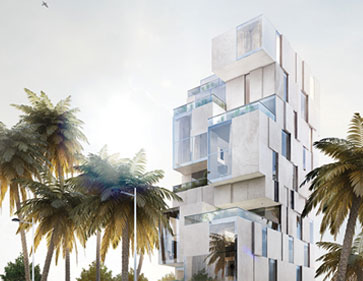 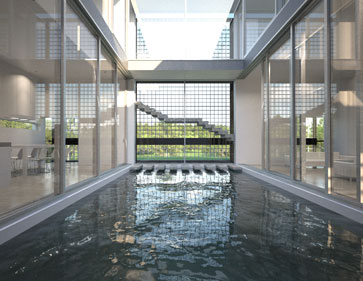 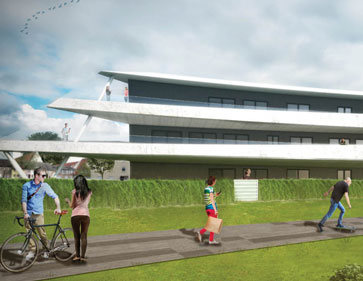 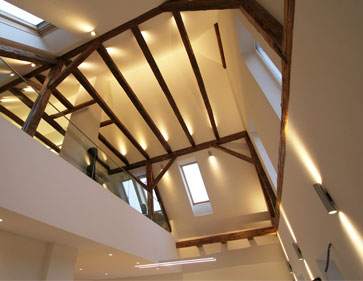 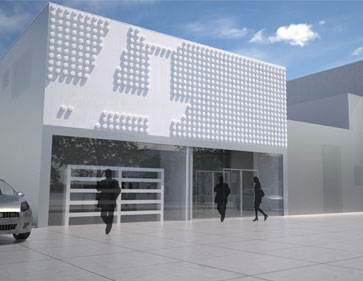 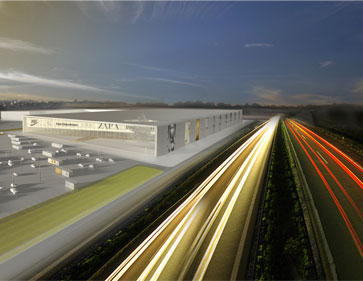 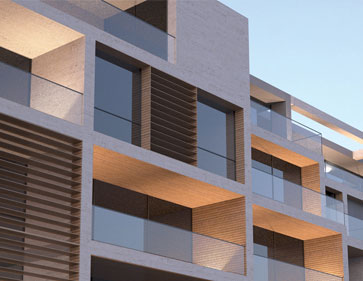 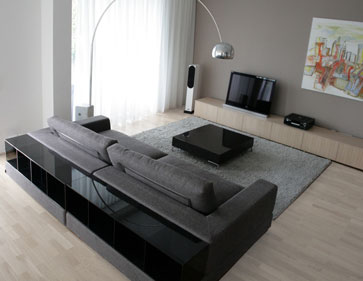 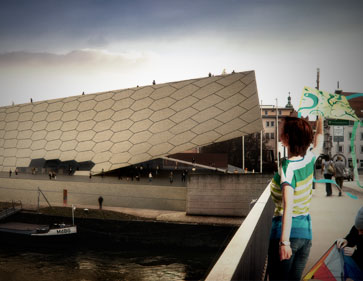